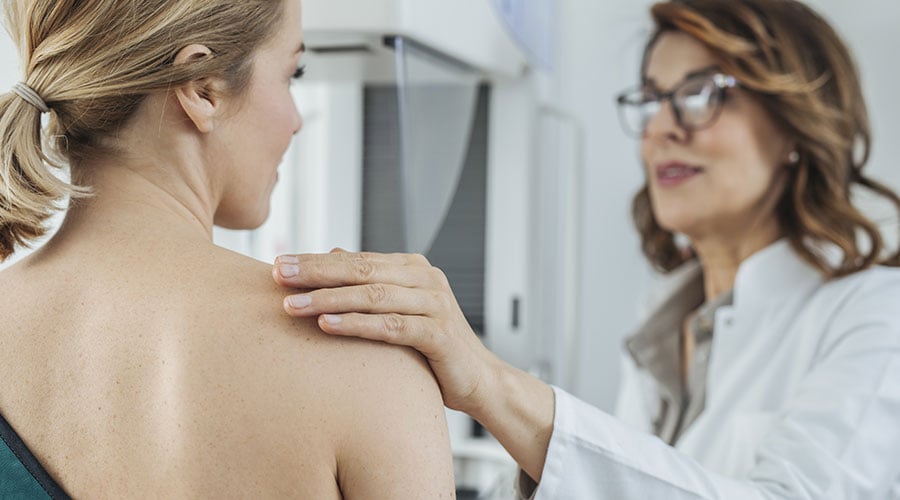 Those who have undergone radiation treatment for breast cancer may find themselves suffering from symptoms of delayed radiation injury several months, or even years, after their treatment has ended.

Due to the elapsed time between treatment and the manifestation of symptoms, this type of radiation injury can often remain undiagnosed, or in certain instances, misdiagnosed.

Symptoms to Watch For

Though each patient is unique, certain signs to look out for include increased firmness or pain around the radiated area, including the breast, arm, neck and shoulder.

Additionally, one may present with lymphedema, a condition in which fluid collects in the arm or hand, causing swelling and pain, as a result of radiation targeting the lymph nodes surrounding the breast area. Delayed radiation injury may also manifest as shortness of breath in instances when there is damage to the underlying lungs.

HBOT as a Cure for the Cause

Hyperbaric oxygen therapy (HBOT) has been shown to be a viable treatment for late radiation sequelae.

Patients who are experiencing symptoms such as significant pain, swelling, tightness, weakness, nerve pain, skin breakdown—or even rib fracture in the radiated area—may benefit from HBOT. This treatment is typically well tolerated, with limited side effects, and has been demonstrated to show significant improvements for patients who are suffering from the effects of delayed radiation injury following treatment for their cancer.

As tissue damage is repaired, symptoms may begin to decrease, or resolve completely. HBOT helps to reduce inflammation, rebuild damaged blood vessels, and improve circulation to impaired tissues through a process called angiogenesis.

Benefits from hyperbaric oxygen therapy for radiation damage can be seen in about four weeks; patients will generally undergo treatments for approximately two months, on average. Overall success of long-term symptom resolution and improved quality of life is typically found in about three out of four patients.