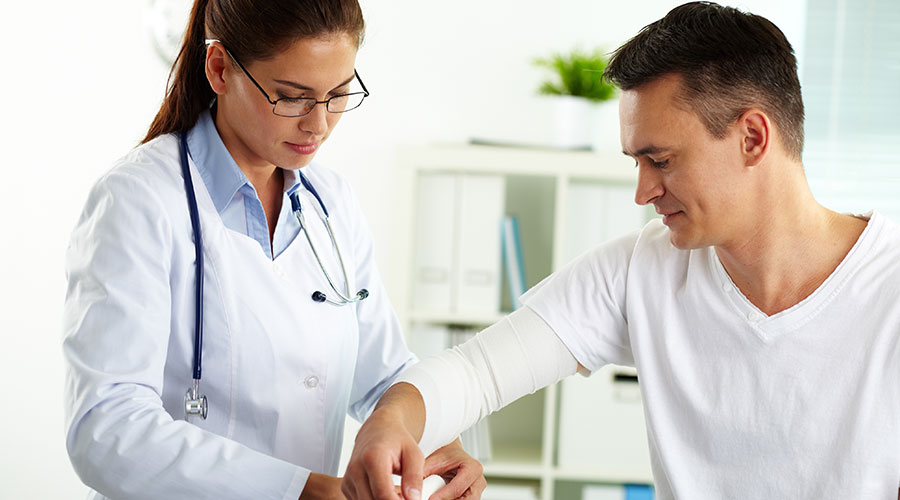 Skin graft and flap surgeries are two procedures that involve relocating a portion of a patient’s tissue to another area of the body, to either help a wound heal or cover a scar.

The difference between skin grafts and skin flaps is that the latter removes tissue—skin, muscle and/or bone—from the donor site with its original blood supply maintained. The former, on the other hand, only takes a part of the tissue, with survival only possible if the recipient site accepts and nourishes it with the necessary nutrients, enabling new blood supply routes to form.

Hyperbaric oxygen therapy helps maximize the viability of this tissue and has also proven to be quite effective in healing any wounds that may result from failure.

In this post, we'll delve further into the purpose of these surgeries, the preparation involved, aftercare, signs of complications, and benefits of hyperbaric oxygen therapy (HBOT), including its ability to enhance outcomes, prevent failure, and aid in recovery from unfortunate failures.

As aforementioned, skin grafts are often used to assist with wounds or severe scars. People whose skin has been damaged as a result of a burn, infection or ulcer may undergo this procedure. Other non-healing wounds, such as those in an area of previous radiation, are also common reasons—any instance in which tissue replacement is needed to recover from a wound. It’s also often utilized during reconstruction surgery, specifically for patients who have lost skin as a result of cancer—whether breast, nose, skin, or another form of the disease.

There are two types of skin grafts:

A full-thickness graft tends to be more extensive, as it involves taking all of the epidermis and dermis from one area of the body. Parts of the abdomen and back are commonly used as donor sites.

Prior to a skin grafting procedure, patients are given preparation instructions by their surgeon.

• Receiving HBOT to prepare the donor and recipient sites

• Abstaining from certain medications/prescriptions, as well as other supplements

Patients will also learn more about specifics, such as what prescriptions to stay away from and/or when they should stop eating and drinking, by consulting with their surgeon before the procedure.

Once a patient returns home, generally a day or two after the skin graft procedure, it is imperative that certain precautions be taken. First, both wounds will be covered with a dressing for protection and to decrease the patient’s risk of infection. There are different types of dressings, and what’s used varies, depending on the depth of the wound and location. It’s in the patient's best interests to keep the dressings dry and clean.

The main responsibility of the patient is to get as much rest as possible, and to refrain from touching or scratching his or her surgical wounds. Following doctor’s orders, in terms of follow-up visits, is also important. These will reveal how well the wounds from both the donor and recipient sites are healing.

If no complications arise, patients should see improvements within about a month or so.

Any associated problems or issues should be evaluated by the patient’s health care provider.

Patients should immediately contact a trusted medical professional if they notice the wound is swollen, discolored, redness has developed, or there is tissue breakdown. Other warning signs of an infection or failed skin graft include, but are not limited to, continuous pain and fever.

The main difference between skin grafts and skin flaps, as previously discussed, is that a skin flap is comprised of tissue, and sometimes muscle—these are known as muscle flaps—which has kept its blood supply intact, and been relocated to another area of the body. It’s commonly used in reconstruction and plastic surgery (i.e., facial or breast) for patients who’ve survived some form of cancer or physical trauma, to restore the affected area in the body of a non-healing wound or scar, and/or make it more aesthetically pleasing to the patient.

Similar to skin grafts, skin flaps can originate from various parts of the body, depending on location and size of the recipient site.

Skin flaps can be classified in several ways, too. In terms of distance between the recipient and donor sites, there are four categories they can fall under:

A distant flap refers to skin—and/or tissue—that isn’t located near the recipient site. Therefore, it is eventually detached from the donor site once the surgeon performs the transplant.

A free flap is similar to a distant flap, but is completely removed from the donor site prior to being transported to the recipient site.

A local flap refers to skin and/or tissue that isn’t completely removed from the donor site, but instead, stretched to cover the nearby recipient site.

A regional flap is similar to a local flap, but it’s not right next to the wound.

Consequently, patients should keep the aforementioned list in mind. As noted, receiving HBOT before—and after—surgery as a way to prepare both the donor and recipient sites—and help encourage a faster recovery—is a key preparation tip. Smoking, drinking, and taking certain medical drugs and other supplements, and putting on any skin care products are all typically prohibited.

This information should be discussed prior to surgery, as there may be additional guidelines that vary based on the individual’s current health, as well as the location and size of the donor and recipient sites.

Patients should follow their surgeon’s advice when it comes to recovering from the procedure.

Comparable to skin graft patients, skin and muscle flap patients must make rest and keeping their wounds covered top priorities. Furthermore, depending on the donor and recipient locations, it’s essential to keep those areas of the body elevated, as it could help reduce inflammation and discomfort.

"The recovery process for both skin and muscle flap patients typically takes anywhere from a few weeks to several months."

Patients should also only take the prescribed medicine (if applicable) provided by their health care provider.

There are certain signs patients should watch out for, in regards to the development of an infection or a failed flap.

Persistent swelling and increased pain and irritation are indications that the patient may be suffering from an infection. Complications such as these should be taken seriously and assessed by a patient’s surgeon.

As briefly mentioned, hyperbaric oxygen therapy, also referred to as HBOT, is a treatment that can be utilized both before and after skin graft and flap surgeries. It can also be used to help patients who have undergone failed procedures to heal, or to stop the progression of some post-surgical complications that may ultimately lead to failure.

Hyperbaric oxygen therapy helps to maximize viability of compromised tissue, which can reduce the need for regrafting or repeat flap procedures.

HBOT nourishes the body with oxygen at increased atmospheric pressure. This treatment stimulates blood vessel growth, which in turn, increases circulation. Remember, proper circulation ensures enough oxygen, blood and nutrients are being transported throughout the body.

HBOT’s ability to promote damaged tissue repair and strengthen the immune system is especially valuable to patients after surgery in cases where the skin graft or flap failed, as restoring what’s been damaged in the body and helping fight against bacteria can only work in a patient’s favor.

At HMS, we want to share our enthusiasm and knowledge about this extraordinary technology's ability to help individuals in their healing and recovery process, creating life-changing results.

Call our office today at (516) 762-8840 or click the button below to Get Started with Hyperbaric Oxygen Therapy and learn how it can help you accelerate healing and achieve optimal health!

The Effect of Hyperbaric Oxygen on Compromised Grafts and Flaps